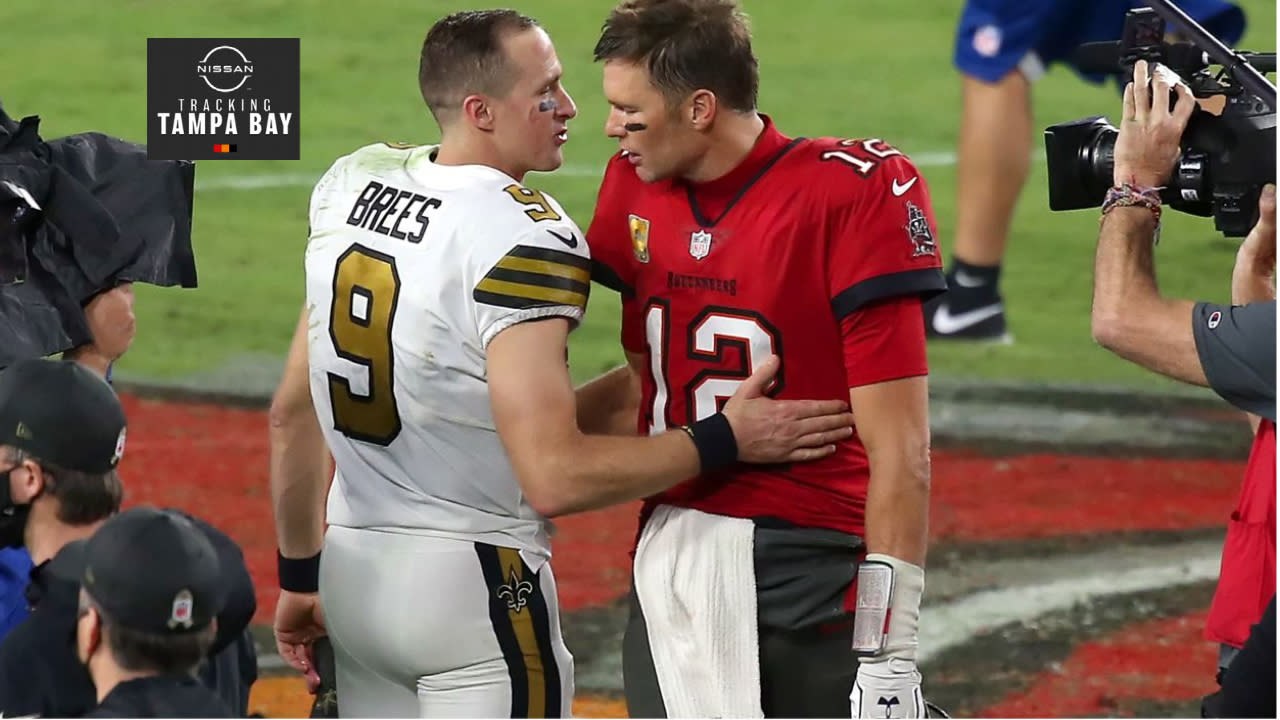 Sunday’s game in the NFC Divisional Round between the Tampa Bay Buccaneers and New Orleans Saints features the two oldest starting quarterbacks in the NFL, and Tom Brady is well aware of this fact.

So much so that he’s willing to poke fun at himself and Saints quarterback Drew Brees ahead of the NFL playoff matchup in New Orleans.

How Tom Brady has fared vs. Drew Brees in eight career matchups

Brady posted a hilarious tweet Monday night with a History Channel theme and old, gray-colored beards photoshopped onto both him and Brees.

Check it out below:

Brady, 43, became the oldest player ever to throw a touchdown in the NFL playoffs during last week’s 31-23 NFC Wild Card victory over the Washington Football Team. Brees, 41, led the Saints to a 21-9 NFC Wild Card win over the Chicago Bears.

The Saints and Bucs played twice during the regular season and New Orleans won both times. Brees has won five of the eight matchups between him and Brady, but Sunday’s game will be the first playoff meeting between the two future Hall of Fame quarterbacks.