Ron Rivera: Limiting QB competition in camp was a mistake 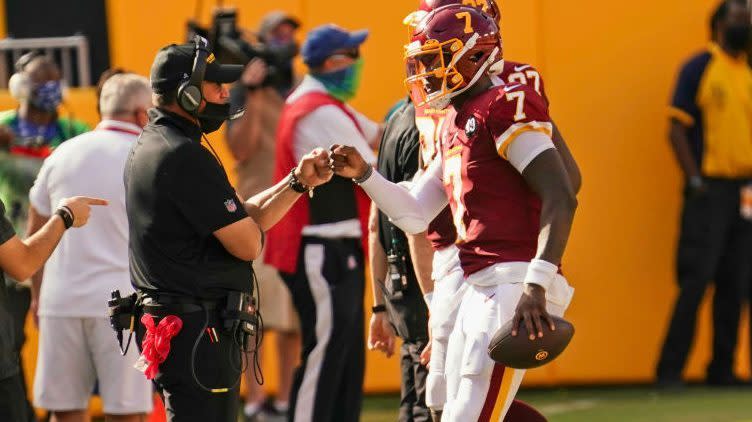 The Washington Football Team started four different quarterbacks during the 2020 season and none of them left head coach Ron Rivera feeling settled about the future of he position.

It felt like a more settled situation coming into the season. Rivera gave Dwayne Haskins the majority of the team’s reps during training camp, but he was benched after four weeks in favor of Kyle Allen. During an appearance on 106.7 The Fan, Rivera said that he regrets limiting the competition over the summer.

“The biggest thing I would have done is I would have created a few more opportunities mixing everybody around,” Rivera said, via NBCSportsWashington.com. “As opposed to saying ‘OK, I’m going to stick with just the one guy and do that.’ I think now in retrospect, and again, hindsight is 20/20, I would. What I’m saying is I made a mistake and I’m owning up to it and that’s the truth. To put it as simple as that, that’s what I’m saying. I’m just being honest.”

Haskins is gone and there’s no obvious answer for the future of the position with Allen, Alex Smith, and Taylor Heinicke. That picture likely will look different once the team is back to on-field work, but there may not be a clear No. 1 and that should make for a different looking competition this time.