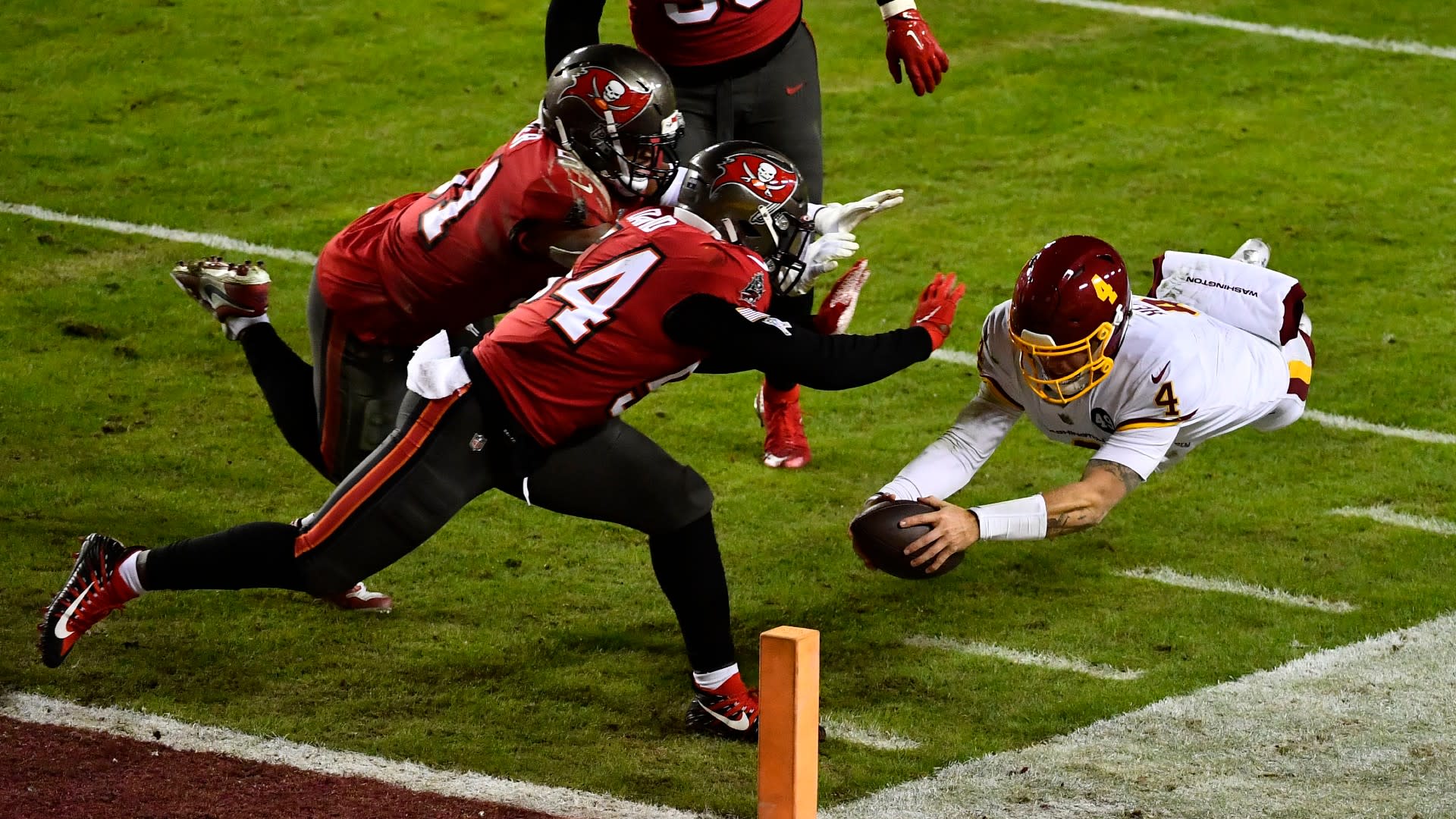 In the third quarter of Washington’s NFC Wild Card against the Buccaneers, quarterback Taylor Heinicke introduced himself to the NFL.

The passer, who was named the starter just hours before the game due to Alex Smith, already displayed a strong arm and some big-play ability in what was just his second career start, but it was a third-and-5 play that will be remembered.

Escaping the pass rush, Heinicke broke contain, scrambled toward the end zone and dove at the pylon for a touchdown to cut Tampa Bay’s lead to 18-16.

His teammates — especially Chase Young — were amped, but they weren’t the only ones excited by the play. On Twitter, there were plenty of reactions to the quarterback’s big moment.

Maybe the most notable came from Kansas City Chiefs quarterback Patrick Mahomes. He’s no stranger to jaw-dropping plays himself, so Heinicke earning recognition from him is truly special.

Regardless of the outcome what a great game by Heinicke!

Other comments ranged from comparisons to Michael Vick to confessed affection for Heinicke. It was clear that the internet was loving on him big time.

Heinicke out there ballin