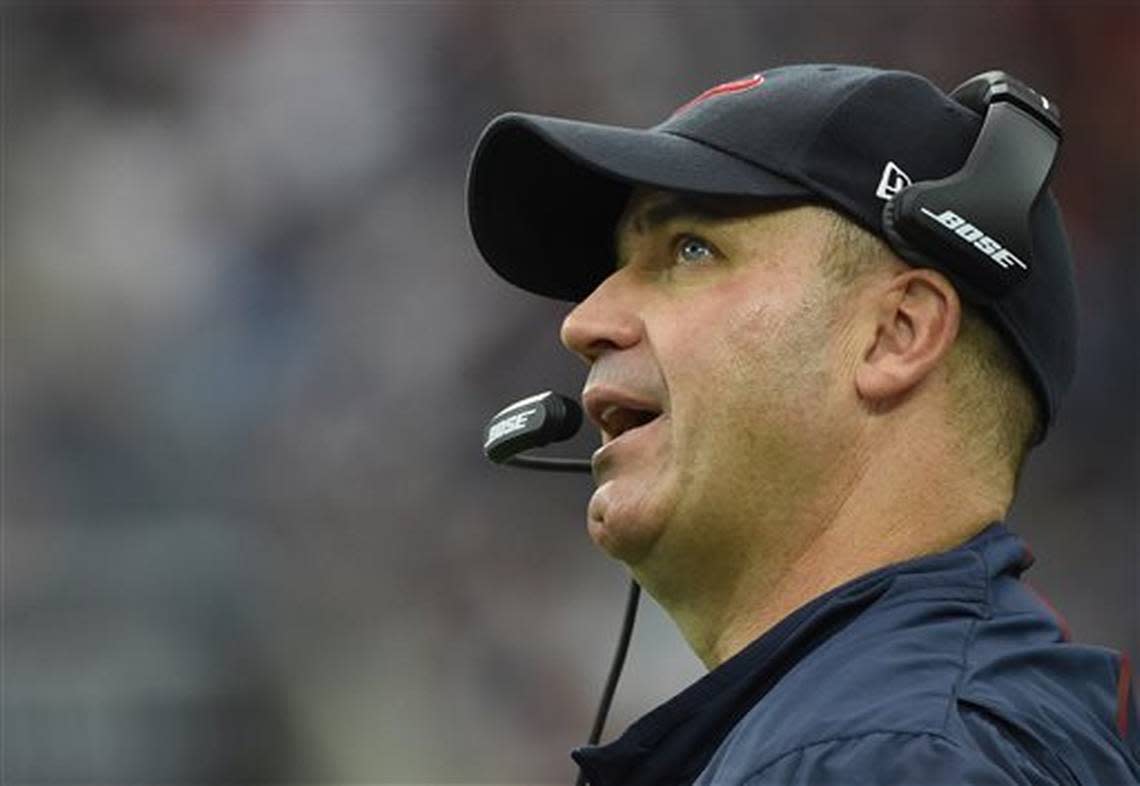 Looks like Bill O’Brien’s job will be to get the most out of an Alabama quarterback in 2021.

Just not the one who plays for the Miami Dolphins.

As I reported last week Bill O’Brien, the former #Texans and Penn State head coach visited Tuscaloosa about replacing Steve Sarkisian as Alabama’s OC.. I’m hearing that deal is expected to happen in the next few days.

That would of course mean he’s unavailable to become the Miami Dolphins’ next offensive coordinator, where he would presumably have been tasked with getting the most out of Tua Tagovailoa.

The Dolphins’ OC search is expected to begin in earnest this week, with Brian Flores scheduled to interview candidates.

The word last week was that O’Brien — who worked with Flores on Bill Belichick’s New England Patriots staff — was among those considered to replace Chan Gailey, who abruptly resigned Wednesday after just one season on the job.

It’s unclear how wide of a net Flores will cast; he’s also expected to consider internal candidates, most notably tight ends coach George Godsey, who served as the team’s Tua whisperer the second half of the season.

O’Brien’s decision could help Miami in one way, however: It would probably make the Dolphins a more attractive destination for Deshaun Watson, should the Texans’ star quarterback demand a trade.

When Chris Grier insisted last week that Tagovailoa is the Dolphins’ 2021 starter, that was before word of Watson’s displeasure with Texans owner Cal McNair went public. McNair seems to have cut Watson out of the decision-making process in the team’s search for a new coach.

And why do the Texans need a new coach? Because they fired O’Brien, who made a series of poor personnel decisions that ultimately wasted a fabulous season by Watson.

Don’t expect the Dolphins’ OC search to drag on for too long, however. Flores will presumably have a play-caller in place to coach the Senior Bowl, which begins practice two weeks from Tuesday.