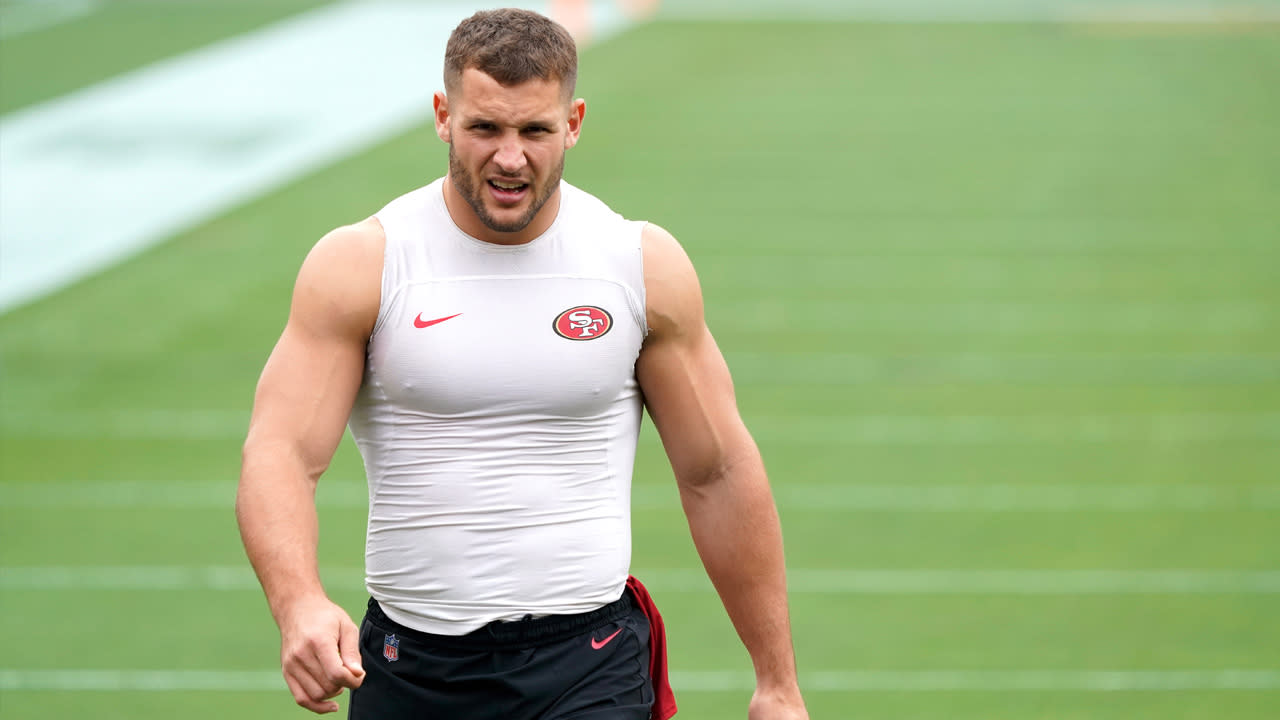 The 49ers had high expectations for Nick Bosa in Year 2. The last thing they could have expected was him to play just 70 snaps all season.

Bosa, the reigning NFL Defensive Rookie of the Year, recorded six tackles, one QB hit and forced a fumble in San Francisco’s season opener. But he then tore his ACL one week later against the New York Jets.

As the 49ers watch the playoffs from afar after a disappointing 6-10 season, there’s some good news when it comes to Bosa. The defensive end continues to look strong in rehab videos, including a video posted Monday morning of Bosa performing double leg squat med ball slams and throws.

Bosa had a historic season as a rookie when he finished with nine sacks, 16 tackles for loss and 25 QB hits in the regular season. He even added four sacks and five QB hits in three playoff games last seasons.

“Bosa is doing great in his recovery. He had a significant injury to his knee but like everything in life, he attacks it head on and 100 percent,” Lynch said one week ago. “The only thing with him is pulling him back so he’s not doing too much.

Bosa is rehabbing in Orange County while living with his older brother, Joey, who is a star defensive end for the Los Angeles Chargers.