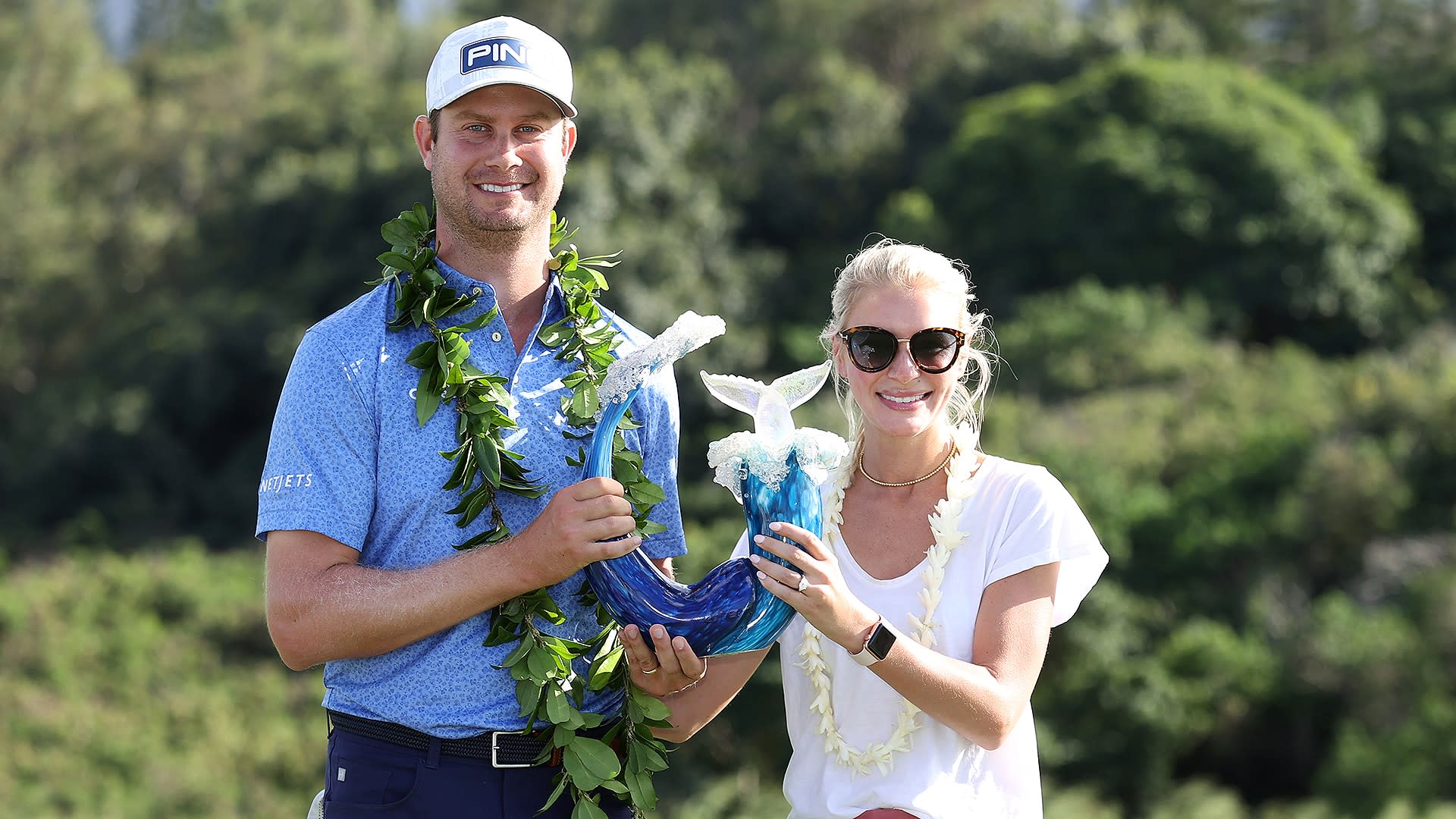 KAPALUA, Hawaii – Harris English went more than seven years without winning on the PGA Tour, and he didn’t mind going one extra hole to win the Sentry Tournament of Champions on Sunday.

English missed a 10-foot eagle putt in regulation on the par-5 18th hole at Kapalua for a 4-under 69 to force a playoff with Joaquin Niemann, and he ended it on the 18th with a 6-foot birdie.

Niemann, who closed with a 64, pulled his approach enough to tumble down the steep, shaggy hill. His full swing from thick grass got him to the fringe, but he missed the birdie putt.

English capped off his remarkable turnaround at a tournament he ordinarily wouldn’t be allowed to play. The Tournament of Champions is for winners only from the previous year, but the field was expanded to include anyone who reached the Tour Championship because of the COVID-19 pandemic that shut down the PGA Tour for three months.

The fact English made it to the Tour Championship was proof of turning around his game. He ended the previous season without a full card and mired in a slump that dropped him to No. 369 in the world. He did everything last year but win, and he took care of that in the first event of the new year.

Now the 31-year-old from Georgia is among the top 20 in the world, and guaranteed a return to Kapalua next year.

Niemann had eight birdies through 14 holes and matched the low score of the tournament. His regret might be a 6-foot birdie putt he missed in regulation. All he could do was wait, and he spent most of that hour at a picnic table with Sergio Garcia and their wives, heading to the practice green as English was coming up the 18th.

English won for the third time in his career, and his first title since the OHL Classic at Mayakoba at the end of 2013, his second victory of that year.

Justin Thomas stayed in the mix one day after he was heard uttering a homophobic slur under his breath after missing a short putt. Thomas apologized, and did so again after a 66 left him one shot out of the playoff.

He missed an 8-foot birdie chance on the 16th, and then three-putted from long range on the 17th for bogey. A birdie on the final hole wasn’t enough.

Dustin Johnson, in his first start since winning the Masters on Nov. 15, made an early run until he lost a tee shot in the native grass on No. 12 and made double bogey. He shot 69 and tied for 11th, ending his streak of seven consecutive top 10s dating to the first week in August.

Ryan Palmer, who shared the 54-hole lead with English, had an early lead with an eagle on the fifth hole. His hopes came undone when his tee shot on the par-3 11th turned left with the wind into the shin-high grass. It took him two to get out and he made double bogey. Palmer rallied with four birdies on his last five holes but shot 71 to finish two back.

The most significant wind of the week eventually allowed for some separation, and it came down to English, Niemann and Thomas over the final hour.

English got back in the game by running off four birdies in a five-hole stretch starting at No. 11, and he appeared to be in control until attacking a back pin on the 16th, going just over the green and making bogey.