Bruins place five players on waivers, including a 2015 first-round pick 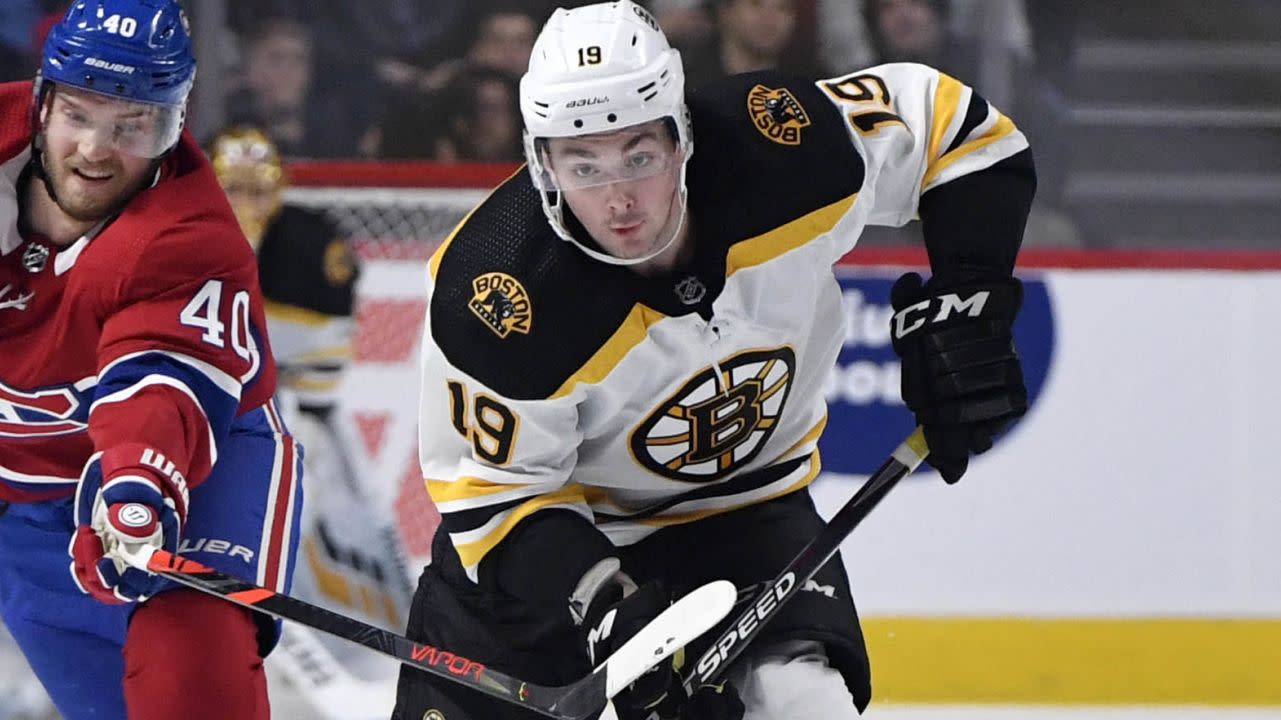 The 2015 NHL Draft could’ve been a turning point for the Boston Bruins.

They had three consecutive first-round picks (13, 14 and 15), giving them a tremendous opportunity to bolster the team’s veteran core with young, talented players who could provide valuable depth in future playoff runs.

Instead, the B’s have so far hit on only one of these first-round selections, and on Monday they put one on waivers.

Zach Senyshyn hasn’t been able to crack the NHL lineup in Boston and was placed on waivers, along with forward Greg McKegg, forward Anton Blidh, forward Paul Carey and defenseman Steven Kampfer.

Players who clear waivers are eligible to be placed on the Bruins’ taxi squad or sent to the AHL. So, it’s possible any of these five players could still play a role in Boston’s future at some point.

The Bruins selected Senyshyn with the No. 15 overall pick in 2015 — much higher than where he was expected to go. Senyshyn tallied one goal and two assists in six career NHL appearances. He played three seasons for the AHL’s Providence Bruins and never scored 15 or more goals in a single campaign.

The one player from Boston’s three first-round picks in 2015 who has made a meaningful impact in the NHL is left winger Jake DeBrusk. He’s averaged 20.67 goals in three seasons with the Bruins, and the team recently signed him to a two-year contract extension over the offseason.

The other of the three 2015 first-rounders is defenseman Jakub Zboril. He was the No. 13 overall pick that year and is one of several young players trying to earn a role on Boston’s blue line during the 2020-21 season. Zboril has failed to meet expectations in his pro career, playing in just two games for the Bruins.