Baker Mayfield: No one believed in us but us 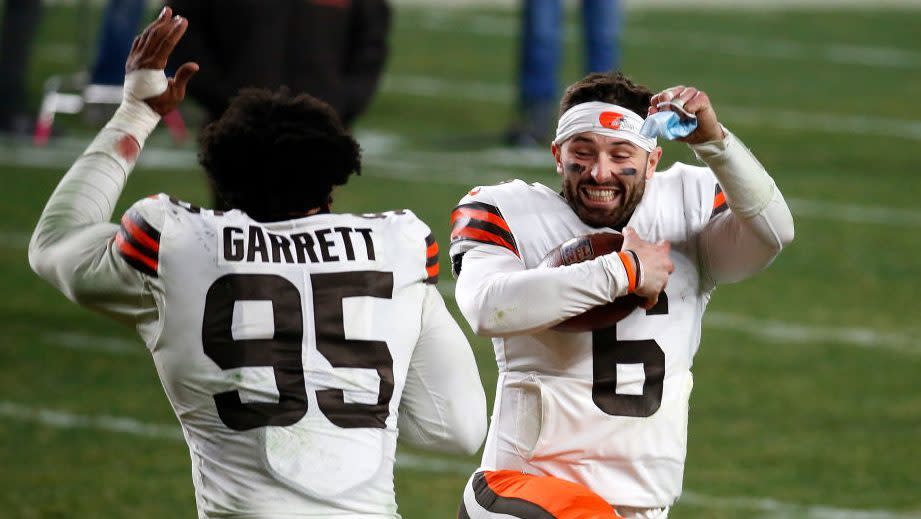 Steelers wide receiver JuJu Smith-Schuster said last week that the Browns were the same team he plays every year and that “the Browns is the Browns” at the end of the day.

Before Sunday night’s game, Browns quarterback Baker Mayfield made it clear with an Instagram post that those comments were on the team’s mind. During the game, Mayfield and his teammates made it clear that these weren’t the same old Browns.

They scored a touchdown on the first play of the game and raced out to a 28-0 lead in the first quarter. They would hold on for a 48-37 win that few saw coming after a week of no practice and positive COVID-19 tests that left them without head coach Kevin Stefanski and others.

“We believe in the people in this room no matter what’s going on,” Mayfield said, via Mary Kay Cabot of Cleveland.com. “As soon as the COVID news came out that we were missing some key guys, obviously starting with our head coach, we knew that everybody was counting us out. We knew what mentality we were going to have, and it’s just to cut it loose, go out there and give it everything we have. There was no added pressure or no extra anything. It was just for us to go out and do our job because no one believed in us, besides us.”

The Browns opened as 10-point underdogs against the Chiefs, so Mayfield won’t have to put away the nobody believes in us chip this week.

Baker Mayfield: No one believed in us but us originally appeared on Pro Football Talk