After 10 games, Warriors have reason to be pleased with James WIseman 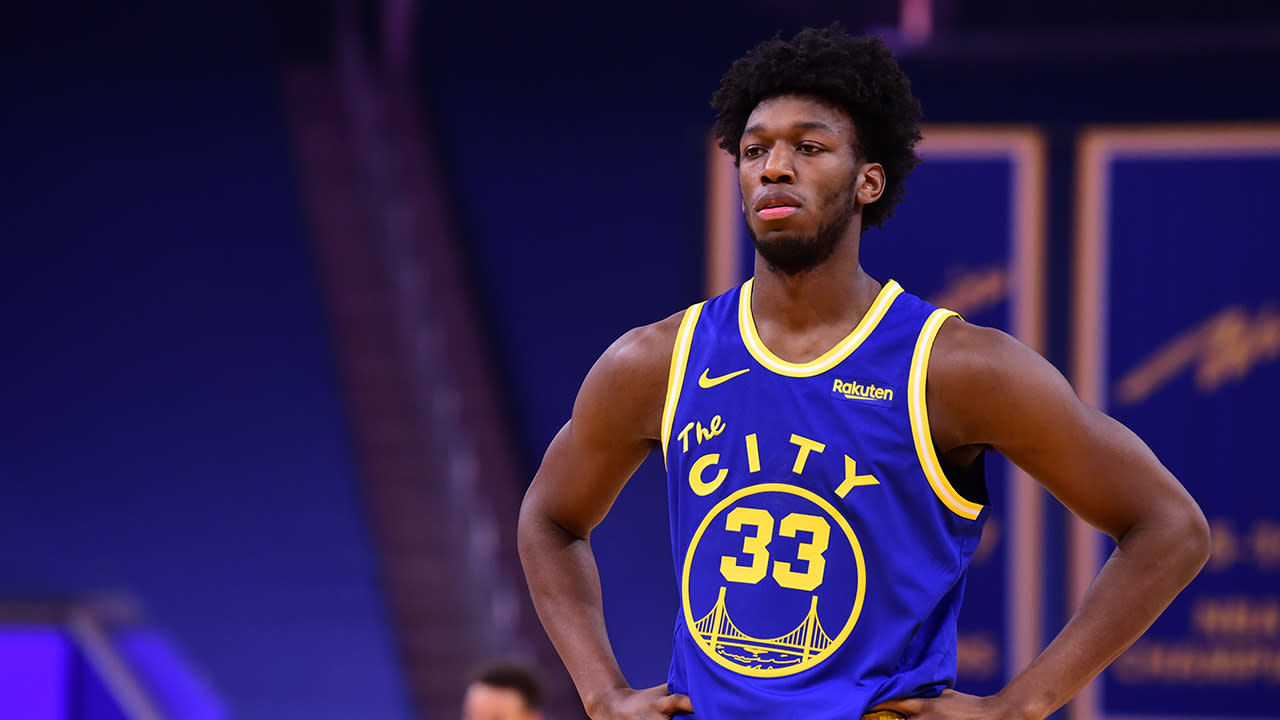 The highlights have made their way around the NBA, a skinny 7-footer dribbling the length of the court, through and around multiple defenders, before soaring above the rim for the dunk. Not once, but twice. As if to prove this is normal.

It’s the kind of impressive stuff that, particularly from a teenager, would flood the minds of NBA scouts with terms like “upside” and “ceiling,” and names like “Giannis.”

This is how James Wiseman, already in the NBA, is introducing himself to the league. This is why the Warriors, who selected him with the No. 2 overall pick in the November draft, barely can contain their delight.

“He has a chance to be an All-Star, a premier player in this league,” Draymond Green said a few days ago.

Wiseman in his first 10 NBA games has exhibited skills and talent rarely seen from a rookie big man, much less one 19 years old with such a sparse resumé. He came to the Warriors 16 months removed from graduating high school, and it had been and a full year since he completed his three-game college career.

“Just coming out of high school and actually being in the NBA, it’s way different,” Wiseman said after the team’s morning shootaround Tuesday. “And I’m learning on the fly. I actually got put into the fire, because we had no Summer League or nothing. So, I’m just learning on the fly and trying to get better.

“Just being in NBA and knowing I’m still 19, it’s pretty crazy if you think about it.”

Summer League was canceled as part of the NBA adjusting its schedule due to the COVID-19 pandemic. Wiseman also did not participate in the abbreviated December training camp with his new teammates. But there he was, starting at center on opening night.

After 10 games, all starts, he leads all rookies in blocked shots (1.5 per game), is second in rebounding (6.1) and fourth in scoring (10.9). His 3-point shot is nice. He has an effective little jump hook. His composure has been commendable.

“I’m going to keep reminding people that James is so young, so raw and is seeing all this stuff for the first time,” Warriors coach Steve Kerr said last week. “I may have mentioned that he’s only played in three college games, too. We are going to give James a break. He’s doing great. He’s remarkable in the way he handles and processes information and doesn’t get too high or too low.”

Wiseman is not without his rookie moments. He can be jumpy, which often leads to fouls. He can overreach, rather than moving his feet, which also leads to fouls. His mind occasionally drifts. And like most of his teammates, even the veterans new to the Warriors, he’s still learning how to play with the peripatetic Stephen Curry.

Yet even as he familiarizes himself with the ways of the Warriors and the NBA, his teammates have an appreciation for what he is doing.

“Our timing’s getting better by the game and then the next step for him will be when people really load and send bodies at him, knowing where guys are on the weak side and creating open shots for other people,” Curry said the other day. “I like where he’s at. He’s obviously very aggressive when he gets the ball trying to score. You like that confidence and physicality from a guy that’s just getting started.”

There is nothing about Wiseman’s first 10 NBA games that indicate he won’t, even in a league dominated by wings and guards, be a future star. He has, all things considered, been terrific.

He’s still so new to the league that seeing his mother, Donzaleigh Artis, in the stands – she has attended two games this season – provides a shot of inspiration.

Still so new to the league, and the game, that he occasionally surprises himself. Like those one-man fast breaks, the first against the Pistons on Dec. 28, which Kerr described as a “Giannis play.’” Wiseman repeated the move Sunday against the Raptors.

“I know that I got that,” he said Tuesday. “But just coming down the court and doing that instinctively, that was kind of crazy. I got that. I just do it every once in a while, if it’s open.”

The Warriors know this, and they approve. The rest of the NBA has seen this, and they have to accept the fact that Wiseman is only 19 and, therefore, capable of tormenting them for many years to come.